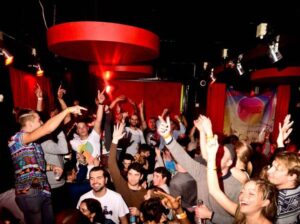 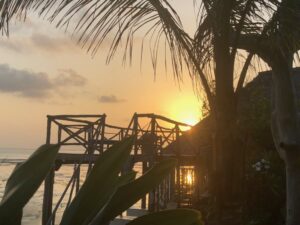 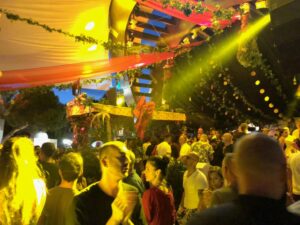 Professional full time DJ and VJ, Paul Linney has played all over the world and is just as comfortable playing to Royalty as he is in a cellar bar in London or to crowds from 50 to 15,000.

Having run one of Surrey’s largest clubs (Chertsey Lock) in the 80’s Paul has been involved with music for a while and this shows in his depth of the music he selects. Through the years he had been massively influenced by House music and Ibiza, but is often found playing 80’s, 90’s indie or reggae in his eclectic sets. For more in depth info listen to this Podcast by HouseCulture https://open.spotify.com/episode/4d2yenC1bAGxaUGjCyjI28

Nowadays Paul can be found DJing at some of the cooler bars in London such as McQueen’s – Shoreditch (now Q bar) Groucho’s, Putney Pies or Aures. Or maybe at an exclusive party or at a Polo After Party at Guards, that’s if he is not playing in Ibiza at Lionel Messi’s Es-Vive Hotel or Pikes (where he played at the last three Freddie Rocks headlined by the likes of Groove Amarda’s Andy Kato, Sister Bliss and Felix Buxton from the Bassment Jaxx each gig being voted as best one-off event on the island). He was recently also the sole DJ at a private party for the owner of Fabric.

In 2019 as well as all the above he has bookings at the W-Fest in Belgium an A-listers two-day party in a castle in Italy and a 3-week tour of Bali and Lombok, plus bookings on Mainland Spain.

In 2019 he was resident DJ at the following:

Groucho – London (with Rusty Egan from the Blitz-Visage)

Of course, you can always find Paul on the Beach-Radio.co.uk airwaves every  Saturday, Monday & Wednesday 10am GMT

In addition to this he plays at a very wide variety of parties and events, which hones my ability to read the floor. (See my blog for more info on this https://www.spectrumdisco-dj.co.uk/dj-blog/)

You can hear some of his more downtempo mixes here https://www.mixcloud.com/paullinney50/

Links to Bio and Mixes https://linktr.ee/paullinney