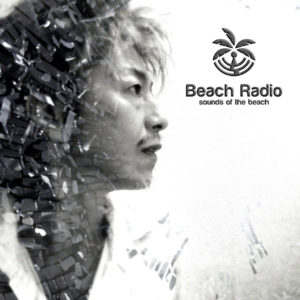 Born in Tanegashima, Kagoshima Prefecture in 1971.
He likes music since he was a child and started playing drums when he was 12 years old.
In charge of brass band percussion at junior high school.
At the same time, a band is formed.
In percussion, he participated in the Kyushu tournament as a representative of Kagoshima Prefecture, and the name of the wind orchestra.
Admitted to Fukuoka Institute of Technology as a music special student. Moved from Kagoshima to Fukuoka.
In high school, he learned the basics of classical music thoroughly.
and, he won a national championship at the All Japan Wind Music Competition, and
He won first place in the percussion category.

Later, after working as an original band and a music school instructor, he switched to DJ.
At the same time as working in every club in Fukuoka Japan.
Support DJs and show remixes.
Around this time, he awakened to DTM and started producing original music.

He played an active role as a club DJ at the Universiade Fukuoka
tournament in Fukuoka Japan,
While being selected as a famous DJ, he worked as the chief DJ.
At this time, he was interested in the producer in New York who was the organizer of the club.
He moved to New York to master DJ. (Emigrated from Japan to America)
Learn authentic club music and return home.

After returning to Japan, he worked as a DJ again in Japan. Collaboration with various overseas artists.
At that time, a dramatic encounter with “Yasuko Hara,” a famous Japanese paper doll artist ,
Collaboration with is realized. Produced BGM song at teacher’s exhibition and succeeded.
Moved the 2000-based store to Tokyo and worked as a club DJ based in Nishiazabu area.
By having an opportunity to meet Dr. Imato, a shamisen human national treasure in connection with Dr. Hara
Began to be interested in Japanese culture. First touch of “Gagaku” at the event of the Imperial Household Agency
What I received is an important experience that shakes my soul as a Jamaican Sounds.

Established “Japrican Sounds” in 2005.
For music production such as TVCM and movie soundtrack, music director of show business
Participate actively.
Every music from House, Electro, Garage, R&B to Anison (*)
A wide range of musical activities.
Those albums that record songs are No.1 on iTunes and Amazon.
Acquired position as a producer and music producer.

In 2011, he launched “AlX MUSIC JAPAN” and challenged the fusion of music and fashion.

In 2019, his DJMIX ranks high in Mixcloud!
Finally the world No.1 record! !
To keep the top rank so far.