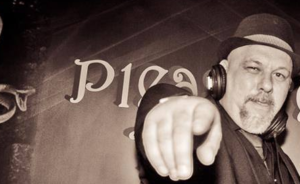 Since the mid-1980s, as beats like “Let the music play” from Shannon, “Relax” from Frankie goes to Hollywood or “Billy Jean” from Michael Jackson dominated the dance-floors, electronic music is my great passion.
During the weekends in countless clubs in NRW, this passion became deeper and deeper. So at the age of 18, my first weekend-jobs at the bars or doors of various discos in my home-town Neuss, were predestined.
Everytime up to date about music I began to collect records, later also CDs. I was always fascinated by the DJ’s art of song-mixing, but only occasionally tried my hand at the regulators.
Only after a serious accident four years ago, I found my way back to this great passion and took time to organize my > 50 TB music-database thoroughly. I noticed that the playlists, born during long nights, would perfectly fit for building a mix.
A word and a blow, ready! Why not share it with other music-fans? With mixcloud, I found the most suitable portal for sharing my music with like-minded persons, some pretty compilations arose quickly and the number of followers increased rapidly.
During the first two years I reached 15.000 followers, in upbeat mood to reach more, for example a party-booking here and there. Since that time I have the feeling to do what makes me happiest, to take people with music on short leave.
Since four years by now and after several acquisitions in technology and software and lots of kindly friendships all over the world,
I can’t imagine a greater sense of pleasure than taking people for one or two hours with me, on a journey through sounds, beats and beautiful memories, rosen out of 30 years of collector’s passion, refined with modern fat sound. For this reason I invite everyone to convince yourself and join me on such a journey. I can only say:
Follow me on a journey of senses and emotions. Only the feeling of what music does to you will make you understand, that there’s nothing better than beats like a short-break!

Mixcloud says : DJ Stevie B is proof, if ever it were needed, that you don’t need to be a superstar DJ to top the Mixcloud charts. Over 300 shows later, Germany-based Stevie B has captivated Mixcloud listeners with his eclectic blend of dance music, from melodic tech house to nu-disco.

With over 50,000 followers and counting, Stevie B’s rise to the top seems inevitable