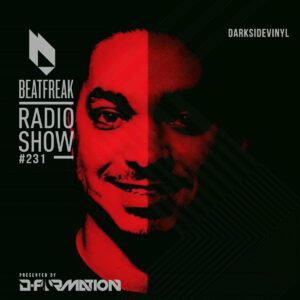 Built by his American experience, he decides to create his own music label with dark sonorities much more progressive but also more tribal Underground.
It’s a risky career choice but his passion for creativity will always grow stronger.
The label RPO Records and GARBAGE Records will soon played and playlisted by leading Dj like Carl Cox, Danny Tenaglia, John Digweed, Boy George,
Anthony Papa, Steve Lawler ..and more . These productions will be compiled all over the world on the best CD : Global Underground, Amnesia,Matinee…
He leaves France and settle in Barcelona. He continues his career as a producer and in thé mean time performs as a Dj in the best clubs in the world.
He starts a residency for Amnesia France Tour, and is one of the first resident in Frisky radio … He then leaves the city of Gaudi for Mexico where he still lives.

Child of soul music and techno, he now produces his own sonorities. Lots of Dj speakeasy about that the RPO Sound …
He has produced and created over 500 titles up to now under various artist names and surrounds himself with the best vocalists and musicians.
His 30-years long career in the studio or behind the turntables is the proof if needed that the passion for music fuels Rick Pier O’Neil’s life.

He is recognized as one the top tastemakers, with a popularity that has been growing worlwide.
RPO’s banging beats put him at the center of the new breed of mixers on the digital DJ rig, easy to see why he has drawn attention and fame