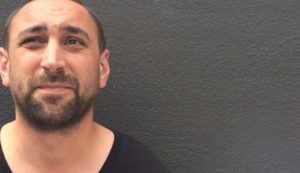 Music nerds are a strange breed. Whether it’s the internet, dusty music stores or even their girlfriend’s parents music collections, they’re always searching. Never content with their own vast collections of music, much of which they rarely play, the music nerd is at much at home in a noisy nightclub as they are in quiet contemplation, headphones on, staring at the midweek rain through their bedroom window. Real Gone Kid started out as an indie kid who liked Nirvana, Brit Pop and Bob Dylan, but soon realised, he was still looking for that ultimate musical release. His epiphany came when he first heard Future Sound of London’s seminal Papua New Guinea and his world changed. “I don’t remember the station the radio was on, but the music coming from it sounded strange and futuristic. I wanted more of it, but I had no clue what music it was.” In those early years he couldn’t afford turntables, so he would record music from the radio and make mix tapes of his favourite tracks. “I’d spend weeks making those bloody tapes!” he laughs, “No one ever heard them but me when I walked the dog.” He got his first set of decks on his 21st birthday and practiced religiously, giving away mixes and getting his friends to let him DJ their house parties, then gigs started coming along with local residencies: “Working the pub crowds was the best training.” He says, smiles beaming from his face as he remembers, “As a resident, you got to know what worked and when. I could time my selections to make the room jump whenever I wanted which blew my mind. I was this quiet kid and I could command the room, that power was infectious.” Real Gone Kid began producing sometime around 2002, but it was a full 10 years before his first release – a breaks remix of ‘You Don’t Know’ – for Melbourne-based singer-songwriter Emma Kilpatrick. Now signed to Baroque, Mirabilis, Whartone and more, his music has found its way into the record collections of his heroes and music nerds alike. And it wasn’t until he began his own imprint, ASTIR. By starting this he has realised a dream he never knew he had. Because, at the heart of it all, is the music. Without hearing FSOL that fateful day, none of his achievements would’ve ever occurred. Music literally saved his life.