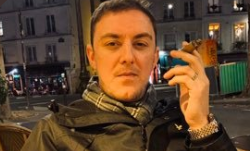 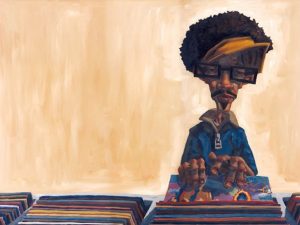 I count myself as one of the lucky ones –  as I got to live through the house music revolution in real time J… I was born in a small town on the far North West Coast of Ireland, and music has always played a huge part of his life. From an early age my folk’s had surrounded myself and my siblings all by music from Folk, Traditional Irish Music, early Rock n Roll, 60’s and 70’s pop to the birth of Heavy Metal. I then moved to South Africa as a teenager where I feel in love with East Coast / West Coast hip hop. It was during my time in Boarding School in South Africa where I was introduced to Dj’ing and the production that was a ‘‘Disco’’…. At the start of my Dj’ing career I was more drawn to the technical side of the setup than actually playing music.

Moved back to Ireland in early 90’s where I started to get involved in pirate radio on both the technical side and the DJ side and from there went on to play more and more on Pirate radio and in clubs. I switched from Hip Hop to Hard House for a while and then from Hard House to Techno and then on to Deep House. Today I love real good deep melodic house music, but I’ll play just about anything that takes my fancy. I don’t believe a music genre should define a Dj – I’m of the belief that a good DJ will play just about anything because it has to be about the music. I’ve been lucky enough to have played at some of Irelands biggest music festivals over the years and loved every minute of it, but I’m old school so I’m one of those who believe a DJ should be ‘Heard’ and not seen. Give a club with the DJ in the corner and people dancing where they stand – that’s my little bit of heaven

You can catch Mark’O on the Beach with his ‘Feet First’ live show broadcast from his home studio in Ireland on Fridays from 20:00GMT for two hours where you will hear just about anything – but you’ll be guaranteed to be toe tapping and bopping for the entire show, and catch his ‘Speak Dust Recordings’ sessions on repeat across the station schedule for the best in real Deep House.