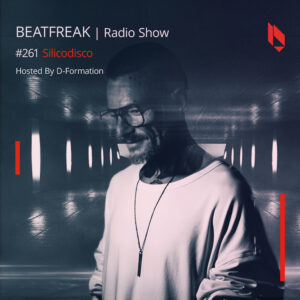 ‘Surreal’ could almost be the title of Julian Wassermann’s musical career.

The Munich based producer is currently one of the most respected within melodic house and deep techno. As a resident DJ at Harry Klein, Munich and numerous appearances in clubs like Watergate, Berlin at festivals like Pleinvrees, Amsterdam and SEMF in Stuttgart, Wassermann stayed in people’s memories through his energetic and eclectic sets.

With his top 10 single “Gotland” (2019), Julian also made his international breakthrough. The techno single was released on “Kompakt” (Speicher), one of the most renowned labels worldwide. The collaboration was created with Florian Kruse from Berlin. Even giants on the scene such as Tale of Us, Kölsch and Joris Voorn clearly liked “Gotland” in their sets.

Other releases were also very successful – “Surreal”, for example, already counts more than 2 million spotify streams and was among others in the playlist of Deadmau5. Also his remix “La Danse Du Scorpion” for Sébastien Léger went straight to number 1 after release. The single “Sirius” was supported several times in 2017 by the legend Pete Tong´s Show on BBC Radio 1. Further productions were released on well known labels such as Stil vor Talent, Einmusika, Last Night On Earth and Parquet Recordings.

Already with his successful releases on Stil vor Talent, “Monopterus” (2016), “Aurea” (2016) and “Lyra” (2017), Julian became one of the most successful producers in the scene. The tracks immediately made it into the top 10 of the Beatport charts. With the EP “Monopterus”, Julian even made it into the Top 10 as a personal highlight to be able to place three tracks of the release – led by “Monotperus” at the top of the charts on number 1.

We’re excited about future releases and the career of an artist who can’t be replicated.