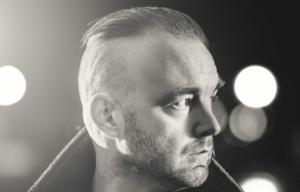 Earning his House credentials amidst the mid 90s rave scene, James honed his craft as a highly prolific and skilled House DJ and producer. Fuelled by a genuine love of the House genre and a trip to Ibiza in early 2000, led to James securing a local residency with the Wakefield brand Funkified

Building on this James has played locally around Knaresborough, Sheffield, Doncaster and Leeds at places such as The Hub, The Stonehouse, The Priory and Courtyard sessions.

During this time, James was introduced to Tony Walker ,who offered him a set and then a residency at club Phono, Leeds. Nights such as Risqué and Essential saw him mixing it with and supporting the likes of Rob Tissera, Hannah Wants, Jayye Jackin and more.

In addition James has scored residencies at Love To Be playing alongside Tony Walker, Marc Dennis, Josh Demello, Dale Castell and Mark Holliday up and down the UK as well as internationally in Ibiza. Since then James has gone on to play at Hed Kandi, Retro, Pukka Up and even Passion presents Dirtyfunk at the Emporium Coalville with headline acts like Paul Oakenfold, Simon Patterson and John Askew.

Aside from djing, James also boasts an impressive catalogue of releases across several UK based labels including Let There Be House, Somn’thing Records, Open House, Vamos Music, Pinkfish records, Yoo’Nek, Discoballs Records and more. His production is going from strength to strength and his tracks Had to Go and Nother Day have received airplay on BBC Radio.

His brand of uplifting, funky vocal House fuses the Old Skool sensibilities of his youth with the contemporary underground House scene, showing that James is one to watch as a versatile DJ and producer.

For bookings please E-mail james.womersley@sky.com or send a message through Facebook