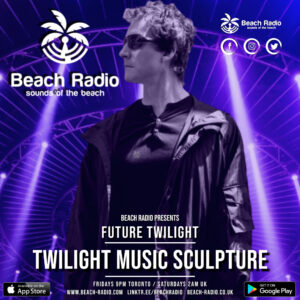 Always with his head phones on or blasting music, Sean O’Brien’s (aka Twilight Music Sculpture’s) involvement in music started from a young age. First with trumpet (15 years in a band) and then jumping to the stage as a singer in a Punk Rock group. You can say Sean’s taste in music is vast but, his love is melodic, organic and progressive house.

DJing in toronto for years and selling bootleg CDs on the side to make a living (Sean “DJ SOB” got to a point where his mixes were being played in most of the downtown sports clubs). Things were going well but, the high demands, all nighters and private party 4am pack-ups were taking their toll.

Twilight Music Sculpture was born as a new beginning. Bringing an early evening, pool party vibe. Taking you on a journey through melodic and organic beats. Creating mixes that slowly build… perfect for the pre-party scene or just chilling. Twilight Music Sculpture’s focus is more on the opener sets. The starting DJ that helps create the mood (bringer you that Twilight ambience).