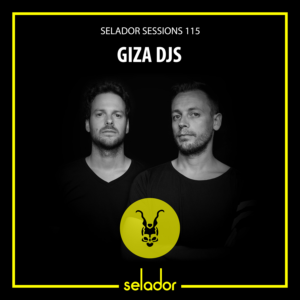 Born in Buenos Aires and with more than 29 years of career, Pablo De Mattei known as DJ Paul (AR), earned a place among the best and most prestigious DJ’s in Argentina. It was in 1988, when he began as a resident in one of the Pubs of the famous Bollini Passage, until he got to intervene in the great local circuit, in Nightclubs throughout the country. His style, defined as a mixture of Progressive House and Techouse, was transferred from tray to tray, in the best festivals and electronic events, such as:
Lollapalooza Argentina, Creamfields, Personal Fest, Brahma Beats, UMF, Moonpark, Fuerza Bruta Show, among others.
At the international level he played numerous times in: Spain, the United States, Peru, Brazil, Bolivia, Paraguay, Uruguay, among others. As for his role as a music producer, he created successful bootlegs for U2, Coldplay, Depeche Mode; he was also in charge of remixing tracks from the industry giant, Paul Oakenfold, for his Perfecto Records label. At the local level, he also made remixes for artists like Emanuel Horvilleur, Los Autenticos Decadentes, Maxi Trusso and Poncho (his remix of the song “Please Me” was part of the Album “Poncho Total Remixes”, which won the Gardel Prize in 2013 for Best Electronic Album). In addition to making several of his own singles (on the Perfecto records, Perfecto Black, Sudbeat, Asymmetric, Balkan Connection & Balkan Connection South America, Universal Music labels) he has 2 studio albums to his credit: “Progressive Beats” (Music Brokers 2009) & “Dark Side Album” (Universal Music 2014). During 2016 he composed the song “Without You” with Maxi Trusso for his new album released in 2017 “Last Call”. Since 2000 he has worked at Radio Metro 95.1 FM. At the end of 2005 he started as a musician at the prestigious station where he broadcasts for more than 10 consecutive years his radio show: “Selections” every Saturday from 01:00 am to 03:00 am, neither more nor less, than after the radio show “Resident” of his friend and lifelong colleague, Hernan Cattaneo.