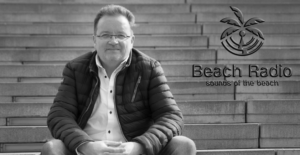 It was in the spring of 1984 when I stand for the first time behind the decks. That was in a cellar of a Youth House in Leverkusen. More than 100 guests celebrated in the “phonothek“ and
danced to “Sweet Dreams” of Eurithmics or to Queens “I want to break free”. This 7“ Vinyl of Queen was the very first record I played in front of an audience. On a tangential turntable. I
think it was Technics SL7 at the time. The turntables were absolutly unsuable for mixing. Touching the record while playing? Impossible …The happiness with music was and is still in
the foreground for my work and of course the emotions that music can trigger. I don‘t like the DJs hiding behind their cappy and face down, I like to watch the people. Over the years I have
been able to experience so many great moments.

Ibiza have for me big musical influence. I‘ve spend many time on this lovely white island. In 2017 I played at the Club Hush in Ibiza based in Sant Antoni and was in 2017 & 2018 part of
the Ibiza Radio Show on Wideline Radio and Sky Radio, which is broadcast live from the Mambo Studio Ibiza, directly above the world famous Cafe Mambo. In 2019 I played Poolside
sessions at Destino Pacha Resort Ibiza, PlayaSol Mare Nostrum, New Algarbe & Jabeque. Since 2019 Ibiza Global Radio is broadcasting some of my sets 3-4 times a year.