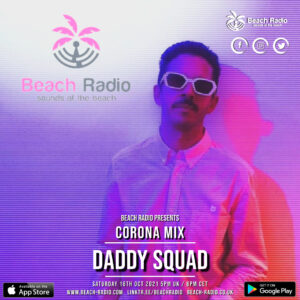 Daddy Squad is electro-pop/house, with lots of big Collab’s in the works. The new single is a Collab with Dita Von Teese. The track is Italo disco, camp and sexy, and a great introduction to Daddy Squad’s sound
In regards to mixes this is from him: “I play a mix of new bits in disco/ French touch/ house, some classics of disco and house, and lots of my own productions, remixes and mashups. The tag line for Daddy Squad is “everything from the history of dance, with a moustache slapped on it, and a sprinkling of disco dust”.
Andrew launched his new project Daddy Squad with a track featuring Ru Paul’s Drag Race winner and stellar performer Violet Chachki. Already garnering significant attention for the new project, with a remix for Kiesza under his belt, this new track with long-time collaborator Dita Von Teese is a bold step forward for Andrew.
My Magic Number is Italo disco, camp, sexy and punchy. It showcases Dita’s voice and personality perfectly. Not surprising considering Dita and Andrew have collaborated many times, including on the Monarchy track Disintegration, writing music for her burlesque shows, remixing her collaboration with Sebastian Tellier and many others.
Andrew says of the track: “It started as an instrumental, but straight away I could hear Dita’s voice on it, doing spoken word. I imagined it a mix of Grace Jones and Miss Kitten. The words and imagery just fell out. It’s surrealistic and colourful. Dita’s voice has the perfect purr for that. We organised a session in LA for her to record the vocals, while I sat in remotely on the session. It came together amazingly easily.”
This track comes packaged with a Lauer remix, as well as Club Domani from Milan, and an animated video.  Future collaborations on the horizon for Daddy Squad include Jake Shears from Scissor Sisters, Corrine from France, Tom Aspaull and many others we can’t name just yet.  Fun times ahead for Daddy Squad.