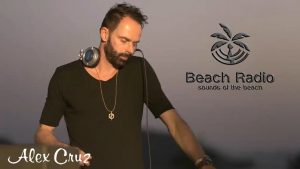 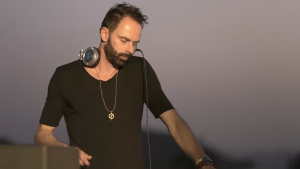 Both inviting and inspiring, the universally Deep & Sexy music of Dutch DJ Alex Cruz, doesn’t
merely grab people’s attention – it touches their hearts.
In August 2013, after having successfully played across multiple genres throughout Europe, Alex was eager to define his own authentic sound and set out to do so through the creation of regularly released Soundcloud podcasts aptly titled “Deep & Sexy”. By selecting only music that touches his heart from a vast and varied musical database, Alex fresh and timeless signature style expertly weaves acoustic, percussive, and vocal elements into his electronic tapestry, painting a warm, soul-stirring and reflective image that simultaneously grounds and uplifts his listeners. Now with millions of listeners across his online platforms, Alex has released 35 adoringly received podcasts, gaining a rapidly increasing international fan base who eagerly anticipates the next “Deep & Sexy” musical journey from Alex Cruz.
Three years after founding “Deep & Sexy”, Alex is truly feeling the love from his supporters as evidenced by the amazing opportunities the last few years has provided him. A few highlights include playing three times for Sir Richard Branson on his private Necker Island; being the only DJ selected to play at the Olympic Village in Rio de Janeiro; do a closing set in Athens for 20.000 people and playing for 3,000 people on the main deck of a cruise ship following the Ziggy Marley and the Wailors band.
Alex is a resident DJ for Daybreaker, one of the fastest growing dance movements on the planet, known for throwing morning parties internationally. In addition, Alex started throwing his own Deep & Sexy parties in October 2015 in New York, San Francisco, and Los Angeles, with intentions of expanding worldwide. In these high vibe, well-loved Deep & Sexy showcases, Alex brings on live acoustic instrumentalists to perform during his set, creating an exciting, collaborative musical experience that is indicative of his current production style.
In addition to his many international gigs,, primarily as collaborations with acoustic instrumentalists or vocalists. His remix of Xavier Rudd’s “Follow The Sun”, released by Time / Universal Records in 2016, quickly reached the number 1 position on iTunes in countries such as The Netherlands and Australia. Early 2017 Alex released his version of ‘Sweet Child’ a cover of the international number 1 hit by Guns ’n Roses from back in the 90’s. He reached a lot of international recognition with this version and was on Spotify on more than 25 national Viral charts including the Global Top50. Listen for many more magical tracks to be released in the upcoming months.
Alex’s true aim is to make the world a better place by bringing depth, love, and joy through music to as many hearts as possible. When music that stems from a place of such humble, selfless authenticity is met with the skilful mind and touch of such a talented artist, the palpable results are undeniable, powerful, and universal. In 2018 Alex already played on 6 continents, a testament to the universal appeal of his music and the deep joy it brings to open hearts.
A few remarkable places he has played: Amsterdam, Berlin, LA, NY, San Francisco, Washington, London, Rio de Janeiro, Cape Town, Johannesburg, Hanoi, Mexico City, Los Cabos, Baja, Lima, Nicaragua, Dominican Republic, Necker Island, Athens (closing set for a crowd of 20.000 people), Ibiza, Milano, Mykonos, AfrikaBurn, Burning Man and many more cities/venues on this Globe.
Whether at a small private event or in front of thousands, those who have seen Alex in action can attest to the unparalleled atmosphere created at his gigs. Alex’s connected energy, bright eyes, and humble smile convey that he is not playing to his fans – but for them and with them. In

this pure and playful spirit of community, listeners are taken on a heart-warming and enjoyable musical journey leaving them feeling deeper, smiling wider, and dancing harder.

Paul an eclectic mix drawing from his varied past......